The Balance of Information 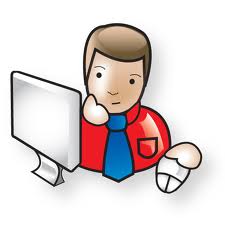 How do doctors learn about the drugs they prescribe?  It’s an important question, but one without a straightforward answer.  For doctors like me—who have been in practice for more than a few years—the information we learned in medical school may have already been replaced by something new.  We find ourselves prescribing drugs we’ve never heard of before.  How do we know whether they work?  And whom do we trust to give us this information?

I started to think about this question as I wrote my recent post on Nuedexta, a new drug for the treatment of pseudobulbar affect.  I knew nothing about the drug, so I had to do some research.  One of my internet searches led me to an active discussion on a site called studentdoctor.net (SDN).  SDN is a website for medical students, residents, and other medical professionals, and it features objective discussions of interesting cases, new medications, and career issues.  There, I found a thread devoted to Nuedexta; this thread contained several posts by someone calling himself “Doogie Howser”—and he seemed to have a lot of detailed information about this brand-new drug. 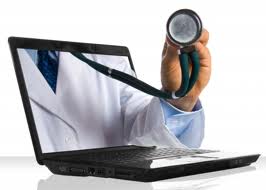 Further internet sleuthing led me to a message board on Yahoo Finance for Avanir Pharmaceuticals, the company which makes Nuedexta.  In one of the threads on this board, it was suggested that the “Doogie Howser” posts were actually written by someone I’ll call “TS.”  Judging by the other posts by this person, “TS” clearly owns stock in Avanir.  While “TS” never admitted to writing the SDN posts, there was much gloating that someone had been able to post pro-Nuedexta information on a healthcare website in a manner that sounded authoritative.

Within 24 hours of posting my article, someone posted a link to my article on the same Yahoo Finance website. I received several hundred “hits” directly from that link.  Simultaneously (and ever since), I’ve received numerous comments on that article, some of which include detailed information about Nuedexta, reminiscent of the posts written by “Doogie Howser.” Others appear to be written by “satisfied patients” taking this drug.  But I’m skeptical. I don’t know whether these were actual patients or Avanir investors (or employees); the IP address of one of the pro-Nuedexta commenters was registered to a public-relations firm in Arizona. Nevertheless, I have kept the majority of the posts on the blog, except those that contained personal attacks (and yes, I received those, too).

The interesting thing is, nothing “TS”/”Doogie Howser” said about Nuedexta was factually incorrect.  And most of the posts I received were not “wrong” either (although they have been opinionated and one-sided).  But that’s precisely what concerns me. The information was convincing, even though—if my hunch is correct—the comments were written for the sake of establishing market share, not for the sake of improving patient care.

The more worrisome issue is this: access to information seems to be lopsided.  Industry analysts (and even everyday investors) can have an extremely sophisticated understanding of new drugs on the market, more sophisticated, at times, than many physicians.  And they can use this sophistication to their advantage. Some financial websites and investor publications can read like medical journals.  Apparently, money is a good motivator to obtain such information and use it convincingly.  Quality patient outcomes? Not so much.

So what about the doctor who doesn’t have this information but must decide whether to prescribe a new medication?  Well, there are a few objective, unbiased sources of information about new drugs (The Medical Letter and The Carlat Report among them).  Doctors can also ask manufacturers for the Prescribing Information (“PI”) or do their own due diligence to learn about new treatments.  But they often don’t have the time to do this, and other resources (like the internet) are far more accessible.

However, they’re more accessible for everyone.  When the balance of information about new treatments is tipped in favor of drug manufacturers, salespeople, and investors—all of whom have financial gain as their top priority—and not in favor of doctors and patients (whose lives may be at stake), an interesting “battle of wits” is bound to ensue.  When people talk a good game, and sound very much like they know what they’re talking about, their motives must always be questioned.  Unfortunately—and especially under the anonymity of the internet—those motives can sometimes be hard to determine.  In response, we clinicians must be even more critical and objective, and not necessarily believe everything we hear. 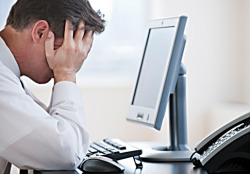 I’ve long believed that, just as no two psychiatric patients are identical, there is– and never will be– a “one size fits all” approach to psychiatric care.  However, much work has been done in the last several years to develop “algorithms” to guide treatment and standardize care. At the same time, the adoption of electronic health record (EHR) systems– which are emphasized in the new U.S. health care legislation– has introduced the possibility that computerized decision-support systems will help guide practitioners to make the right choices for their patients.  It is my opinion that such approaches will not improve psychiatric care, and, in fact, will interfere with the human aspect that is the essence of good psychiatric practice.

“Clinical decision support,” or CDS, is the idea that an algorithm can help a provider to give the right kind of care.  For a busy doctor, it makes sense that getting a quick reminder to prescribe aspirin to patients with coronary artery disease, or to give diet and exercise recommendations to patients at risk for obesity or diabetes, helps to ensure good care.  Several years ago, I actually helped to develop a CDS system designed to remind primary care doctors to avoid opiate painkillers (or use them with caution) in patients who had a history of substance abuse or other relative contraindications to narcotics.  At the time, I thought this was a great idea.  Why not harness the ability of a computer to gather all the data on a given patient– something that even the best doctor cannot do with absolute accuracy– and suggest the most advisable plan of action? 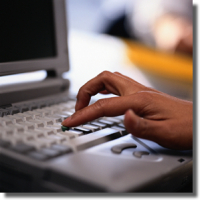 Now that I spend most of my time actually practicing medicine, and using two different EHR systems, I’m having second thoughts.  While I appreciate the ability to enter patient data (and my notes) into a system that is instantly accessible by any provider in my office at any time, and write prescriptions with a few clicks of my mouse, I’ve begun to resent the ways in which EHRs tell me how to practice, particularly when (a) they give recommendations that I would employ anyway (thereby wasting my time), or (b) they give recommendations that deviate from what I believe is right for the patient.

Obviously, the latter complaint is particualrly relevant in psychiatry, where each patient presents a different background of symptoms, stressors, preferences, and personal history.  When anyone asks me “who is your ideal patient for drug X?” or “what is your first choice of drug for depression?” I find it hard to give an answer.  Treatment choices come down to a feeling, a gestalt, incorporating both observable data and intuition; it’s hard to describe and impossible to quantify.

One example of a psychiatric CDS is based on the Texas Medication Algorithm Project (TMAP).  The TMAP was developed to help providers determine what medications to use in the treatment of mood disorders; the first version of TMAP for depression was designed in 1999 and implemented in a computerized CDS in 2004.  A pilot study involving four primary care providers, published in 2009, showed that depression outcomes were slightly better (i.e., scores in the HAM-D were lower) in the group using the CDS.  (This may have been due to the setting; in a busy primary care clinic, any guidance to address depression symptoms may improve outcomes relative to no guidance at all.)  However, a follow-up study by the same group found that it was much harder to implement the CDS on a more widespread scale in mental health clinics, due to technical problems, poor IT support, billing & coding problems, formulary issues, recommendations that providers disagreed with, lack of time, and impact on workflow.

That may have been for the better.  A new study in this month’s Archives of Internal Medicine by Romano and Stafford shows that CDSs may just be a waste of time and money.  They evaluated over 330 million ambulatory care patient visits using EHRs over 2005-2007, 57% of which involved at least one CDS, and found that, on 20 quality-of-care indicators, using a CDS contributed to improvements in treatment (i.e., treatment concordant with established guidelines) on only one measure.  (Two measures involved psychiatric conditions– one was for the treamtent of depression, and the other was to remind providers not to use benzodiazepines alone for depression treatment.  Neither of these measures showed improvement when a CDS was used, relative to no CDS.)

So despite all the resources devoted to electronic medical records and clinical decision support systems to improve care, the evidence seems to indicate that they don’t.  Either doctors ignore CDSs and provide “practice as usual” anyway, or the CDSs give recommendations that doctors already follow. 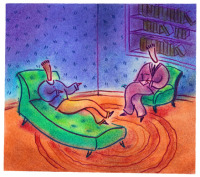 This may be good news for psychiatry, where treatment guidelines (thankfully) offer a great deal of latitude, but CDSs, by their very nature, may restrict our options.  In the future, then, when we believe that the patient sitting in front of us is a good candidate for Effexor, or Seroquel, or interpersonal therapy with no meds at all, we may no longer need to explain to a computer program why we’re ignoring its recommendation to try Prozac or Haldol first.

In my opinion, anything that preserves the integrity of the physician-patient interaction– and prevents the practice of medicine from turning into a checklist-and-formula-based recipe– preserves the identity of the patient, and improves the quality of care.