Addiction Psychiatry and The New Medicine 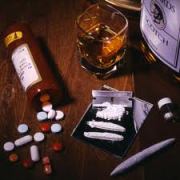 I have always believed that addictive disorders can teach us valuable lessons about other psychiatric conditions and about human behavior in general.  Addictions obviously involve behavior patterns, learning and memory processes, social influences, disturbed emotions, and environmental complexities.  Successful treatment of addiction requires attention to all of these facets of the disorder, and the addict often describes the recovery process not simply as being relieved of an illness, but as enduring a transformative, life-changing experience.

Neurobiology:  Addiction psychiatry—like the rest of psychiatry—is slowly abandoning the patient and is becoming a largely neuroscientific enterprise.  While it is absolutely true that neurobiology has something to do with the addict’s repetitive, self-destructive behavior, and “brain reward pathways” are clearly involved, these do not tell the whole story.  Addicts refer to “people, places, and things” as the triggers for drug and alcohol use, not “dopamine, nucleus accumbens, and frontal cortex.”  This isn’t an argument against the need to study the biology of addiction, but to keep due focus on other factors which may affect one’s biology.  Virtually the same thing could also be said for most of what we treat in psychiatry; a multitude of factors might explain the presence of symptoms, but we’ve adopted a bias to think strictly in terms of brain pathways.

Medications:  Researchers in the addiction field (not to mention drug companies) devote much of their effort to disxover medications to treat addictions.  While they may stumble upon some useful adjunctive therapies, a “magic bullet” for addiction will probably never be found.  Moreover, I fear that the promise of medication-based treatments may foster a different sort of “dependence” among patients.  At this year’s APA Annual Meeting, for instance, I frequently heard the phrase “addictions are like other psychiatric disorders and therefore require lifelong treatment” (a statement which, by the way, is probably incorrect on TWO counts).  They weren’t talking about lifelong attendance at AA meetings or relapse prevention strategies, but rather to the need to take Suboxone or methadone (or the next “miracle drug”) indefinitely to achieve successful recovery.  Thus, as with other psychiatric disorders– many of which might only need short-term interventions but usually result in chronic pharmacological management—the long-term management of addiction may not reside in the maintenance of a strong recovery program but in the taking of a pill. 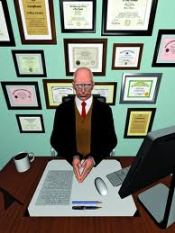 New Providers:  Once a relatively unpopular subspecialty, addiction psychiatry is now a burgeoning field, thanks to this new focus on neurobiology and medication management—areas in which psychiatrists consider themselves well versed.  For example, a psychiatrist can become an “addiction psychiatrist” by receiving “Suboxone certification” (i.e., taking an 8-hour online course to obtain a special DEA license to prescribe buprenorphine, an opioid agonist).  I have nothing against Suboxone: patients who take daily Suboxone are far less likely to use opioids, more likely to remain in treatment, and less likely to suffer the consequences of opioid abuse.  In fact, one might argue that the effectiveness of Suboxone—and methadone, for that matter—for opioid dependence is far greater than that of SSRIs in the treatment of depression.  Many Suboxone prescribers, however, have little exposure to the psychosocial aspects—and hard work—involved in fully treating (or overcoming) an addiction, and a pill is simply a substitute for opioids (which itself can be abused).  Nevertheless, prescribing a medication at monthly intervals—sometimes with little discussion about progress toward other recovery goals—resembles everything else we do in psychiatry; it’s no wonder that we’re drawn to it.

Patients:  Like many patients who seek psychiatric help, addicts might start to see “recovery” as a simple matter of making an appointment with a doctor and getting a prescription.  To be sure, many patients have used drugs like Suboxone or methadone to help them overcome deadly addictions, just as some individuals with major depression owe their lives to SSRIs or ECT.  But others have been genuinely hurt by these drugs.  Patients who have successfully discontinued Suboxone often say that it was the most difficult drug to stop—worse than any other opioid they had abused in the past.  Patients should always be reminded of the potential risks and dangers of treatment.  More importantly, we providers have an obligation to make patients aware of other ways of achieving sobriety and when to use them.  Strategies that don’t rely so heavily on the medical model might require a lot more work, but the payoffs may be much greater.

Addictions involve complex biological, psychological, and social dimensions that differ from person to person.  The response of the psychiatric profession has been to devote more research to the neurobiology of addictions and the development of anti-addiction drugs, potentially at the expense of exploring other aspects that may be more promising.  As expected, psychiatrists, pharmaceutical companies, third-party payers, and the general public are quickly buying into this model.

Psychiatry finds itself in a Catch-22.  On the one hand, psychiatry is often criticized for not being “medical,” and focusing on the biology of addiction is a good way to adhere to the medical model (and, perhaps, lead us to better pharmacotherapies).  On the other hand, psychiatric disorders—and especially addictions—are multifactorial in nature, and successful treatment often requires a comprehensive approach.  Fortunately, it may not yet be too late for psychiatry to retreat from a full-scale embrace of the medical model.  Putting the patient first sometimes means stepping away from the science.  And as difficult and non-intuitive as that may be, sometimes that’s where the healthiest recovery can be found.

This entry was posted on Monday, May 21st, 2012 at 8:04 pm and is filed under addiction, psychiatry. You can follow any responses to this entry through the RSS 2.0 feed. You can leave a response, or trackback from your own site.

9 Responses to Addiction Psychiatry and The New Medicine