When Your EMR Goes Down On You

Electronic medical records (EMRs) are the way of the future.  And, for most practices, that future is today, whether we like it or not.  The federal Center for Medicare Services is paying doctors a financial incentive to switch from paper to electronic charts, and the first checks have already been cut.

It’s notable that the government has chosen to bribe doctors to switch to electronic records, when no one had to pay us (or you) to use Google or Facebook or Twitter.  Maybe it’s because EMRs don’t run like Google, Facebook, or Twitter.  Despite the tremendous potential benefits of EMRs, they remain clunky, distracting, and non-intuitive.  In their current form, their benefits are clearly limited to administrators, third-party payers, and others who are more interested in data than in the quality of care provided.  But what do I know, I’m just a doctor, and no one ever asked me.

Anyway, in the last 18 months, I’ve had the opportunity to use two different EMRs, one called Patient Care Manager by Prime Clinical (about which I can’t find much positive to say, so I’ll keep my mouth shut), and another, Practice Fusion.  I must admit I’ve been rather impressed by Practice Fusion, a free “cloud-based” EMR system with many user-customizable features and a surprisingly simple interface.

Alas, for several hours yesterday—right in the middle of a busy Monday—Practice Fusion went down.   As in:  totally unavailable.  Couldn’t log on, couldn’t view any charts, lab reports, patient correspondence, or the daily schedule.  Couldn’t even look at patient demographics.  It was as if the entire chart rooms of hundreds of doctors’ offices across America were closed for the day. 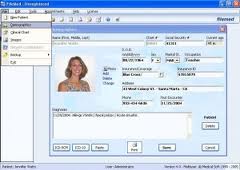 In a conventional practice with paper charts, this sort of thing is unacceptable.  To be sure, things get lost every once in a while, but to lose access to an entire chart room—and schedule—without any idea of when it will return, is a potentially very serious problem.  Doctors have been severely disciplined for losing or missing data (even in individual cases), and clinics have been penalized with significant fines for shoddy recordkeeping.

Fortunately, Practice Fusion came back up late in the day, but not until hundreds of practices across the country struggled for 5-6 hours without vital information, making for a very difficult Monday.

I should point out that (when it works) Practice Fusion is unique.  More so than any other EMR I’ve used, PF is extremely user-friendly, offering informative (and sometimes humorous and irreverent) YouTube videos, live online chat, and an attentive support team.  They even allow comments on their public Facebook page.  You might expect it to be a place for doctors to vent their outrage on a day like yesterday.  To the contrary, most of the comments were quite sympathetic.  Some direct quotes:

“I feel like I’m deaf and blind… could not pull labs or test results…. I know it happens. It could happen even to the best. But hey! It’s not the end of the world!  True, it’s very inconvenient since I’ll be spending most of my evening trying to catch up charting.  But still… Love you guys! Keep up the good work!”

“We are thankful for PF, even with the RARE problem…. Thanks to you and the team for providing us a reliable and FREE EMR.”

“If it’s going to stay this fast [after the outage] I can get over being down today though it was quite stressful!  Thank you PF staff.  You were probably stressed too.”

It’s a surprising commentary when a very significant glitch in a widely used EMR system—which, in a conventional practice situation, might have resulted in disciplinary action or heavy fines, and which most certainly resulted yesterday in lost income for a number of docs and probably more than a few adverse patient outcomes—was accepted with such grace.

Maybe I’m old-fashioned, but EMRs are not like any other piece of software.  When Netflix goes down, I can’t watch a streaming movie.  But when Practice Fusion goes down, I can’t access vital information which may make a significant impact on the well-being of the patients in my office.  It’s a very slippery slope when we “permit” EMRs to be buggy, and even worse when we providers simply “accept” it (and even give the companies a free pass) when they go down.

But then again, the future is today.  We need to get used to it.

This entry was posted on Tuesday, June 21st, 2011 at 9:10 am and is filed under computers, EMR, psychiatry. You can follow any responses to this entry through the RSS 2.0 feed. You can leave a response, or trackback from your own site.

39 Responses to When Your EMR Goes Down On You