How To Get Rich In Psychiatry

Doctors choose to be doctors for many reasons.  Sure, they “want to help people,” they “enjoy the science of medicine,” and they give several other predictable (and sometimes honest) explanations in their med school interviews.  But let’s be honest.  Historically, becoming a doctor has been a surefire way to ensure prestige, respect, and a very comfortable income.

Nowadays, in the era of shrinking insurance reimbursements and increasing overhead costs, this is no longer the case.  If personal riches are the goal, doctors must graze other pastures.  Fortunately, in psychiatry, several such options exist.  Let’s consider a few.

One way to make a lot of money is simply by seeing more patients.  If you earn a set amount per patient—and you’re not interested in the quality of your work—this might be for you.  Consider the following, recently posted by a community psychiatrist to an online mental health discussion group:

Our county mental health department pays my clinic $170 for an initial evaluation and $80 for a follow-up.  Of that, the doctor is paid $70 or $35, respectively, for each visit.  There is a wide range of patients/hour since different doctors have different financial requirements and philosophies of care.  The range is 3 patients/hour to 6 patients/hour.

If this isn’t quite your cup of tea, you can always consider working in a more “legit” capacity, like the Department of Corrections.  You may recall the Bloomberg report last month about the prison psychiatrist who raked in over $800,000 in one year—making him the highest-paid state employee in California.  As it turns out, that was a “data entry error.”  (Bloomberg issued a correction.)  Nevertheless, the cat was out of the bag: prison psychiatrists make big bucks (largely for prescribing Seroquel and benzos).  With seniority and “merit-based increases,” one prison shrink in California was able to earn over $600,000—and that’s for a shrink who was found to be “incompetent.”  Maybe they pay the competent ones even more?

Another option is to be a paid drug speaker.  I’m not referring to the small-time local doc who gives bland PowerPoint lectures to his colleagues over a catered lunch of even blander ham-and-cheese sandwiches.  No sir.  I’m talking about the psychiatrists hired to fly all around the country to give talks at the nicest five-star restaurants in the nation’s biggest cities.  The advantage here is that you don’t even have to be a great doc.  You just have to own a suit, follow a script, speak well, and enjoy good food and wine.

As most readers of this blog know, ProPublica recently published a list of the sums paid by pharmaceutical companies to doctors for these “educational programs.”  Some docs walked away with checks worth tens—or hundreds—of thousands of dollars.  And, not surprisingly, psychiatrists were the biggest earners.  I guess there is gold in explaining the dopamine hypothesis or the mechanism of neurotransmitter reuptake inhibition to yet another doctor.

Which brings me to perhaps the most tried-and-true way to convert one’s medical education into cash:  become an entrepreneur.  Discovering a new drug or unraveling a new disease process might revolutionize medical care and improve the lives of millions.  And throughout the history of medicine, numerous physician-researchers have converted their groundbreaking discoveries (or luck) into handsome profits.

Unfortunately, in psychiatry, paradigm shifts of the same magnitude have been few and far between.  Instead, the road to riches has been paved by the following formula: (1) “Buy in” to the prevailing disease model (regardless of its biological validity); (2) Develop a drug that “fits” into the model; (3) Find some way to get the FDA to approve it; (4) Promote it ruthlessly; (5) Profit. 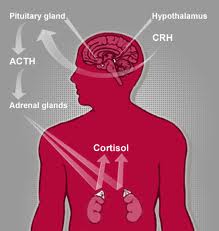 In my residency program, for example, several faculty members founded a biotech company whose sole product was a glucocorticoid receptor antagonist which, they believed, might treat psychotic depression (you know, with high stress hormones in depression, etc).  The drug didn’t work (rendering their stock options worth only millions instead of tens of millions).  But that didn’t stop them.  They simply searched for other ways to make their compound relevant.  As I write, they’re looking at it as a treatment for Cushing’s syndrome (a more logical—if far less profitable—indication).

The psychiatry blogger 1boringoldman has written a great deal about the legions of esteemed academic psychiatrists who have gotten caught up in the same sort of rush (no pun intended) to bring new drugs to market.  His posts are definitely worth a read.  Frankly, I see no problem with psychiatrists lending their expertise to a commercial enterprise in the hopes of capturing some of the windfall from a new blockbuster drug.  Everyone else in medicine does it, why not us?

The problem, as mentioned above, is that most of our recent psychiatric meds are not blockbusters.  Or, to be more accurate, they don’t represent major improvements in how we treat (or even understand) mental illness.  They’re largely copycat solutions to puzzles that may have very little to do with the actual pathology—not to mention psychology—of the conditions we treat.

To make matters worse, when huge investments in new drugs don’t pay off, investigators (including the psychiatrists expecting huge dividends) look for back-door ways to capture market share, rather than going back to the drawing board to refine their initial hypotheses.  Take, for instance, RCT Logic, a company whose board includes the ubiquitous Stephen Stahl and Maurizio Fava, two psychiatrists with extensive experience in clinical drug trials.  But the stated purpose of this company is not to develop novel treatments for mental illness; they have no labs, no clinics, no scanners, and no patients.  Instead, their mission is to develop clinical trial designs that “reduce the detrimental impact of the placebo response.”

Yes, that’s right: the new way to make money in psychiatry is not to find better ways to treat people, but to find ways to make relatively useless interventions look good.

It’s almost embarrassing that we’ve come to this point.  Nevertheless, as someone who has decidedly not profited (far from it!) from what I consider to be a dedicated, intelligent, and compassionate approach to my patients, I’m not surprised that docs who are “in it for the money” have exploited these alternate paths.  I just hope that patients and third-party payers wake up to the shenanigans played by my colleagues who are just looking for the easiest payoff.

But I’m not holding my breath.

Footnote:  For even more ways to get rich in psychiatry, see this post by The Last Psychiatrist.

This entry was posted on Wednesday, August 17th, 2011 at 6:00 am and is filed under business, community mental health, marketing, mental health, psychiatry, society. You can follow any responses to this entry through the RSS 2.0 feed. You can leave a response, or trackback from your own site.

20 Responses to How To Get Rich In Psychiatry