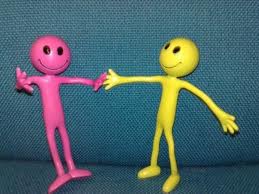 One of the most time-honored pedagogical tools in medicine is the “role play.”  The concept is simple:  one individual plays the part of another person (usually a patient) while a trainee examines or questions him or her, for the purposes of learning ways to diagnose, treat, and communicate more effectively.

Last week I had the privilege of attending a motivational interviewing training seminar.  Motivational interviewing (or MI) is a therapeutic technique in which the clinician helps “motivate” the patient into making healthy lifestyle choices through the use of open-ended questions, acknowledging and “rolling with” the patient’s resistance, and eliciting the patient’s own commitment to change.  The goal is to help the patient make a decision for himself, rather than requiring the clinician to provide a directive or an “order” to change a behavior.

MI is an effective and widely employed strategy, frequently used in the treatment of addictions.  Despite its apparent simplicity, however, it is important to practice one’s skills in order to develop proficiency.  Here, simulations like role-playing exercises can be valuable.  As part of my seminar, I engaged in such an exercise, in which our trainer played the part of a methamphetamine addict while a trainee served as the clinician.

Of course, I’m paraphrasing somewhat.  But the bottom line is that the whole exercise lasted about ten minutes, and in that ten-minute span, the trainee had taken an ambivalent methamphetamine addict and convinced him to spend an evening with some non-meth-using friends, all through the magic of motivational interviewing.

In real clinical practice, nothing is quite so simple.  And none of us in the room (I hope) were so naïve as to think that this would happen in real life.  But the strategies we employed were so basic (right “out of the book,” so to speak), we could have used this time—and the expertise of our trainer—to practice our skills in a more difficult (i.e., real-world) situation. 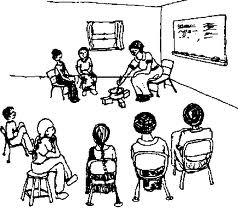 It reminded me of a similar exercise in a class during my psychiatry residency, in which our teacher, a psychiatrist in private practice in our community, asked me to role-play a difficult patient, while he would act as therapist and demonstrate his skills in front of our class.  The patient I chose was a particularly challenging one—especially to a novice therapist like myself—who had a habit of repeating back my questions word-for-word with a sarcastic smile on her face, and openly questioning my abilities as a therapist.

During the role-play, I played the part quite well (I thought), giving him the uncomfortable looks and critical comments that my patient routinely gave me.  But this didn’t sit well with him.  He got visibly angry, and after just a few minutes he abruptly stood up and told me to leave the class.  Later that day I received a very nasty email from him accusing me of “sabotaging” his class and “making [him] look like a fool.”  He called my actions “insubordination” and asked me not to return to the class, also suggesting that my actions were “grounds for dismissal from the residency.”

[He also went off on a tangent about some perfectly reasonable—even amiable—emails we had exchanged several weeks earlier, accusing me now of having used “too many quotation marks” which, he said, seemed “unprofessional” and “inappropriate” and demanded an apology!!  He also wrote that in the several weeks of class I had shown him a “tangible tone of disrespect,” even though he had never said anything to me before.  While I believe his paranoid stance may have betrayed some underlying mental instability, I must admit I have not spoken to him since, although he continues to teach and to supervise residents.]

Anyway, these experiences—and others over the years—have led me to question the true meaning of a role-playing exercise.  In its ideal form, a simulation provides the novice with an opportunity to observe a skilled clinician practicing his or her craft, even under challenging circumstances, or provides a safe environment for the novice to try new approaches—and to make mistakes doing so.  But more often than not, a role-playing exercise is a staged production, in which the role-player is trying to make a point.  In actual practice, no patient is a “staged” patient (and those who do give rehearsed answers often have some ulterior motive).  Real patients have a nearly infinite variety of histories, concerns, and personal idiosyncracies for which no “role playing” exercise can ever prepare a therapist.

I’m probably being too harsh.  Role-plays and simulations will always be part of a clinician’s training, and I do recognize their value in learning the basic tools of therapy.  The take-home message, however, is that we should never expect real patients to act as if they’re reading off a script from our textbooks.  And as a corollary, we should use caution when taking our patients’ words and making them fit our own preconceived script.  By doing so, we may be fooling ourselves, and we might miss what the patient really wants us to hear.

This entry was posted on Sunday, October 16th, 2011 at 3:55 pm and is filed under psychotherapy. You can follow any responses to this entry through the RSS 2.0 feed. You can leave a response, or trackback from your own site.

9 Responses to Playing The Role