I Really Need To Lighten Up 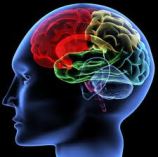 Reading back over my last few blog posts, I realize I’ve done absolutely nothing to make psychiatry fun or interesting.  In fact, dear reader, you might think I’m a pretentious pedant, obsessed with irrelevant details that have nothing to do with what my patients really need.  And you know what?  You might be correct.  Treatment of depression by family practice docs?  BORING!!  A possible biomarker for cocaine relapse?  Who cares????  A new insomnia medication?  A real sleeper…

I realized today that I’m doing it all WRONG.  Not only can psychiatry be fascinating, but it can be cool.  As cool as a rap video.  Because that‘s what matters nowadays, right?  Don’t believe me?  Take a look at Steve Stahl’s DLPFC Rap:

No wonder I find psychopharmacology so dry.  It’s because I don’t realize how BADASS it can be!!!  I’m sitting here in my office, questioning antidepressant mechanisms, poring over datasets and p-values, and reading up on esoteric new interventions like concreteness therapy for mood disorders.  In the meantime, Steve Stahl and his NEI Global crew are partying on the beach in San Diego, rapping about the DLPFC.  It’s true.  I’m a loser.  Lame.  A real D-bag.

The DLPFC, for those “in the know,” is the dorsolateral prefrontal cortex.  I used to know it as Brodmann area 46, a cortical area responsible for executive function, planning, organization, and working memory.  But that’s boring sh*t for old farts like me, I guess.  After watching the NEI Global clip, I now know it as “all I need to know.”  That’s pretty tight.  It’s also “where the money is,” which is even more badass.  Dollar bill, y’all.

Why are those old, gray-haired APA dinosaurs spending all their time writing the new DSM-5???  Why do the guys in the journals recommend brain scans and genetic screens and personality tests and long-ass interviews???  Yo, get it together, Steve Stahl has already figured out that the DLPFC is responsible for “executive function, attention, concentration, impulses, emotions, obsessions, compulsions, motor [?], fatigue, ruminations, worry, pain, negative symptoms, guilt, and suicidality.”  What more do you need to know, bro???

So now, when a psych resident asks me what causes obsessions or suicidality, I can just answer, “Yo, homeboy, it’s the DLPFC.”  Then I can tell him to find a drug that acts on the DLPFC and say, “prescribe that sh*t!”  Even better, when a patient comes to my office and complains of pain or guilt or concentration problems, I can just whip out one of Stahl’s epic pix and say, “Chill out, sister, homey’s got yo back” and write a script for something that works on the DLPFC.  As the video says, “most of the symptoms are in the PFC!!!!”  Bitchin’!  Another satisfied customer!

Of course, I am kinda pissed off now because my med school profs and residency mentors made me study all that stuff about brain development, cognition, behavior, PLUS all that neuroanatomy sh*t not involving the DLPFC.  WTF???!!!!  Major waste of time, LOL!!!!!  ‘Cuz the DLPFC seems to be where it’s at (where’s this Beck Depression Inventory?).  All I need to do now is grab Stahl’s book or attend an NEI Global conference—or, better yet, look for drugs that affect the DLPFC—and I’m good to go!

[Thanks to the Neurocritic blog for the link to the DLPFC rap.]

This entry was posted on Thursday, December 1st, 2011 at 9:52 pm and is filed under Uncategorized. You can follow any responses to this entry through the RSS 2.0 feed. You can leave a response, or trackback from your own site.

11 Responses to I Really Need To Lighten Up