Cognitive Therapy in Schizophrenia: Worth Another Look

While writing my recent post on the placebo effect in schizophrenia (and while reviewing some of the comments I received on this post), I started to think about what aspects of the patients’ experience are most susceptible to change, which might account for the “placebo effect” seen in clinical studies of antipsychotics.  As one commenter correctly pointed out, the placebo effect should not be viewed as a mysterious consequence of ingesting some inert drug, but rather a reflection of the patient’s inherent ability to heal.  Unfortunately we know very little about the mechanisms involved, and we are devoting even less effort to understanding how to capitalize (no pun intended) on this process in the long-term management of psychotic disorders. 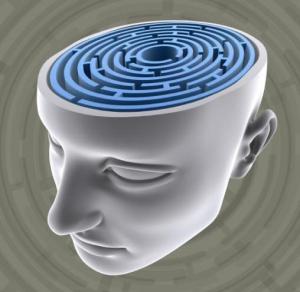 I realized, however, that I didn’t acknowledge the fact that psychotherapy does have a place in the treatment of schizophrenia.  Psychosocial treatment approaches, for instance, are routinely employed, with varying degrees of success, and some groups have used cognitive behavioral therapy techniques as well.  Cognitive therapy, in a nutshell, is based on the assumption that early experiences and social environment can give rise to “schemas” about the self, other people, and the world.  These beliefs then lead to cognitive distortions, negative styles of thinking, and misinterpretations of events in the world (or in one’s own mind).  Cognitive therapy aims to question or challenge these distortions and misinterpretations to engender a healthier, more functional view of oneself and one’s ability to master his surroundings.

At first glance, cognitive therapy seems like it would be ineffective in a psychotic patient, who may not be able to appreciate the discrepancy between his subjective experiences and objective reality.  Nevertheless, it has shown some promise, and a classic paper in this field is the 1994 article “Cognitive Behaviour Therapy of Schizophrenia” by Kingdon, Turkington, and John, in the British Journal of Psychiatry.  It is a fascinating, and eye-opening, read.

A particularly striking aspect of the paper (and keep in mind that I received my psychiatric training within the last 10 years, firmly in the atypical antipsychotic era) is that it says nothing about eliminating psychotic symptoms.  The current literature, in contrast, starts with the assumption that hallucinations, delusions, and cognitive deficits of schizophrenia are biochemical entities (which they are, of course, like any other mental phenomenon), but they are deviant and/or undesirable, and biological interventions (i.e., drugs) abolish or “correct” them.  The Kingdon article assumes that schizophrenic thought content lies on a continuum with “normal” cognition, and in fact some of the same cognitive processes are employed, albeit improperly or deficiently.  The authors claim that “abnormal beliefs” can be more or less “amenable to reason” (as with any cognitive distortion in CBT) and a key element of therapy is to “identify meaning in delusional material and then assess alternative explanations.”  In other words, it emphasizes the patient’s subjective experience, rather than the symptoms witnessed by the clinician. 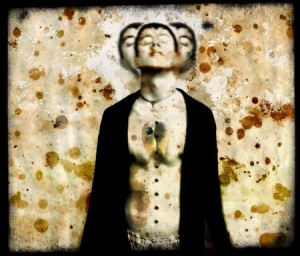 Another surprising feature of the Kingdon article is its implicit acknowledgment that certain delusions or hallucinations may be entirely acceptable.  Schizophrenic patients, they claim, often do not have the ability to “meta-think”– i.e., to think about thinking– so they frequently are not aware that their unusual sensory or perceptual experiences differ from normal thought.  As a result, they cannot usually be “argued out of” a belief, even with the most skilled cognitive behavioral approach, and we must accept that they’ll find their own personal meaning for their experience.  “It may be,” the authors write, “that the reassurance of finding a meaningful explanation, however improbable, in a distressing and perplexing situation is sufficient to explain why the delusion is reached for and clung to, so energetically and with such certainty.”

Newer applications of CBT-based techniques, reviewed in an excellent 2009 article by Tai and Turkington in Schizophrenia Bulletin, have taken advantage of this viewpoint and start with the belief that “it is the individual’s personal meaning, understanding, and coping with symptoms that are the focus of treatment” – not the mere presence or absence of hallucinations or delusions.  In particular, mindfulness-based approaches, acceptance and commitment therapy (ACT), and compassionate mind training (CMT), are therapeutic techniques that involve awareness of one’s experience, acceptance of internal events, and minimization of shame and self-criticism that can arise from paranoid or persecutory thoughts, respectively.

Schizophrenia is probably not a single disease; in fact it is likely to comprise many different cognitive, developmental, physiological, and externally mediated disruptions, all of which lie on a spectrum with the “normal” state.  (The Kingdon article, in fact, goes to great lengths to point out how even non-psychotic individuals can experience “psychotic” beliefs in the form of superstitious thought, overvalued ideas, or psychosis induced by sleep deprivation or hallucinogenic drugs.)  To be sure, some psychotic symptoms in some patients will respond best to a dopamine antagonist, but it is imperative that we employ other tools at our disposal to help patients overcome them, amend them, or just accept them.  Unfortunately, too few psychiatrists in my generation have learned those tools—all we have is the antipsychotic hammer, and “schizophrenia” is the proverbial, monolithic nail.