Is The Criticism of DSM-5 Misguided? Part II 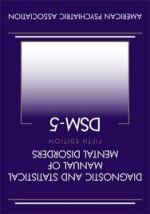 A few months ago, I wrote about how critics of the DSM-5 (led by Allen Frances, editor of the DSM-IV) might be barking up the wrong tree.  I argued that many of the problems the critics predict are not the fault of the book, but rather how people might use it.  Admittedly, this sounds a lot like the “guns don’t kill people, people do” argument against gun control (as one of my commenters pointed out), or a way for me to shift responsibility to someone else (as another commenter wrote).  But it’s a side of the issue that no one seems to be addressing.

The issue emerges again with the ongoing controversy over the “bereavement exclusion” in the DSM-IV.  Briefly, our current DSM says that grieving over a loved one does not constitute major depression (as long as it doesn’t last more than two months) and, as such, should not be treated.  However, some have argued that this exclusion should be removed in DSM-5.  According to Sidney Zisook, a UCSD psychiatrist, if we fail to recognize and treat clinical depression simply because it occurs in the two-month bereavement period, we do those people a “disservice.”  Likewise, David Kupfer, chair of the DSM-5 task force, defends the removal of the bereavement exclusion because “if patients … want help, they should not be prevented from getting [it] because somebody tells them that this is what everybody has when they have a loss.”

The NPR news program “Talk of the Nation” featured a discussion of this topic on Tuesday’s broadcast, but the guests and callers described the issue in a more nuanced (translation: “real-world”) fashion.  Michael Craig Miller, Editor of the Harvard Mental Health Letter, referred to the grieving process by saying: “The reality is that there is no firm line, and it is always a judgment call…. labels tend not to matter as much as the practical concern, that people shouldn’t feel a sense of shame.  If they feel they need some help to get through something, then they should ask for it.”  Bereavement and the need for treatment, therefore, is not a yes/no, either/or proposition, but something individually determined.

This sentiment was echoed in a February 19 editorial in Lancet by the psychiatrist/anthropologist Arthur Kleinman, who wrote that the experience of loss “is always framed by meanings and values, which themselves are affected by all sorts of things like one’s age, health, financial and work conditions, and what is happening in one’s life and in the wider world.”  Everyone seems to be saying pretty much the same thing:  people grieve in different ways, but those who are suffering should have access to treatment.

So why the controversy?  I can only surmise it’s because the critics of DSM-5 believe that mental health clinicians are unable to determine who needs help and, therefore, have to rely on a book to do so.  Listening to the arguments of Allen Frances et al, one would think that we have no ability to collaborate, empathize, and relate with our patients.  I think that attitude is objectionable to anyone who has made it his or her life’s work to treat the emotional suffering of others, and underestimates the effort that many of us devote to the people we serve.

But in some cases the critics are right.  Sometimes clinicians do get answers from the book, or from some senseless protocol (usually written by a non-clinician).  One caller to the NPR program said she was handed an antidepressant prescription upon her discharge from the hospital after a stillbirth at 8 months of pregnancy.  Was she grieving?  Absolutely.  Did she need the antidepressant?  No one even bothered to figure that out.  It’s like the clinicians who see “bipolar” in everyone who has anger problems; “PTSD” in everyone who was raised in a turbulent household; or “ADHD” in every child who does poorly in school.

If a clinician observes a symptom and makes a diagnosis simply on the basis of a checklist from a book, or from a single statement by a patient, and not on the basis of his or her full understanding, experience, and clinical assessment of that patient, then the clinician (and not the book) deserves to take full responsibility for any negative outcome of that treatment.  [And if this counts as acceptable practice, then we might as well fire all the psychiatrists and hire high-school interns—or computers!—at a mere fraction of the cost, because they could do this job just as well.]

Could the new DSM-5 be misused?  Yes.  Drug companies could (and probably will) exploit it to develop expensive and potentially harmful drugs.  Researchers will use it to design clinical trials on patients that, regrettably, may not resemble those in the “real world.”  Unskilled clinicians will use it to make imperfect diagnoses and give inappropriate labels to their patients.  Insurance companies will use the labels to approve or deny treatment.  Government agencies will use it to determine everything from who’s “disabled” to who gets access to special services in preschool.  And, of course, the American Psychiatric Association will use it as their largest revenue-generating tool, written by authors with extensive drug-industry ties.

To me, those are the places where critics should focus their rage.  But remember, to most good clinicians, it’s just a book—a field guide, helping us to identify potential concerns, and to guide future research into mental illness and its treatment.  What we choose to do with such information depends upon our clinical acumen and our relationship with our patients.  To assume that clinicians will blindly use it to slap the “depression” label and force antidepressants on anyone whose spouse or parent just died “because the book said so,” is insulting to those of us who actually care about our patients, and about what we do to improve their lives.