It should come as no surprise to anyone paying attention to health care (not to mention modern American society) that antidepressants are very heavily prescribed.  They are, in fact, the second most widely prescribed class of medicine in America, with 253 million prescriptions written in 2010 alone.  Whether this means we are suffering from an epidemic of depression is another thing.  In fact, a recent article questions whether we’re suffering from much of anything at all.

In the August issue of Health Affairs, Ramin Mojtabai and Mark Olfson present evidence that doctors are prescribing antidepressants at ever-higher rates.  Over a ten-year period (1996-2007), the percentage of all office visits to non-psychiatrists that included an antidepressant prescription rose from 4.1% to 8.8%.  The rates were even higher for primary care providers: from 6.2% to 11.5%. 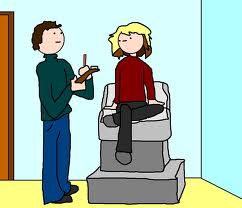 In other words, nearly 3 out of 4 patients who visited a nonpsychiatrist and received a prescription for an antidepressant were not given a psychiatric diagnosis by that doctor.  Why might this be the case?  Well, as the authors point out, antidepressants are used off-label for a variety of conditions—fatigue, pain, headaches, PMS, irritability.  None of which have any good data supporting their use, mind you.

It’s possible that nonpsychiatrists might add an antidepressant to someone’s medication regimen because they “seem” depressed or anxious.  It is also true that primary care providers do manage mental illness sometimes, particularly in areas where psychiatrists are in short supply.  But remember, in the majority of cases the doctors did not even give a psychiatric diagnosis, which suggests that even if they did a “psychiatric evaluation,” the evaluation was likely quick and haphazard.

And then, of course, there were probably some cases in which the primary care docs just continued medications that were originally prescribed by a psychiatrist—in which case perhaps they simply didn’t report a diagnosis.

But is any of this okay?  Some, like a psychiatrist quoted in a Wall Street Journal article on this report, argue that antidepressants are safe.  They’re unlikely to be abused, often effective (if only as a placebo), and dirt cheap (well, at least the generic SSRIs and TCAs are).  But others have had very real problems discontinuing them, or have suffered particularly troublesome side effects.

The increasingly indiscriminate use of antidepressants might also open the door to the (ab)use of other, more costly drugs with potentially more devastating side effects.  I continue to be amazed, for example, by the number of primary care docs who prescribe Seroquel (an antipsychotic) for insomnia, when multiple other pharmacologic and nonpharmacologic options are ignored.  In my experience, in the vast majority of these cases, the (well-known) risks of increased appetite and blood sugar were never discussed with the patient.  And then there are other antipsychotics like Abilify and Seroquel XR, which are increasingly being used in primary care as drugs to “augment” antidepressants and will probably be prescribed as freely as the antidepressants themselves.  (Case in point: a senior medical student was shocked when I told her a few days ago that Abilify is an antipsychotic.  “I always thought it was an antidepressant,” she remarked, “after seeing all those TV commercials.”)

For better or for worse, the increased use of antidepressants in primary care may prove to be yet another blow to the foundation of biological psychiatry.  Doctors prescribe—and continue to prescribe—these drugs because they “work.”  It’s probably more accurate, however, to say that doctors and patients think they work.  And this may have nothing to do with biology.  As the saying goes, it’s the thought that counts.

Anyway, if this is true—and you consider the fact that these drugs are prescribed on the basis of a rudimentary workup (remember, no diagnosis was given 72.7% of the time)—then the use of an antidepressant probably has no more justification than the addition of a multivitamin, the admonition to eat less red meat, or the suggestion to “get more fresh air.”

The bottom line: If we’re going to give out antidepressants like candy, then let’s treat them as such.  Too much candy can be a bad thing—something that primary care doctors can certainly understand.  So if our patients ask for candy, then we need to find a substitute—something equally soothing and comforting—or provide them instead with a healthy diet of interventions to address the real issues, rather than masking those problems with a treat to satisfy their sweet tooth and bring them back for more.