The Mythology of “Treatment-Resistant” Depression 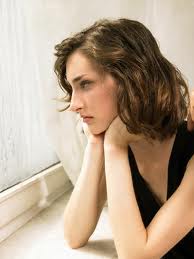 “Treatment-resistant depression” is one of those clinical terms that has always been a bit unsettling to me.  Maybe I’m a pessimist, but when I hear this phrase, it reminds me that despite all the time, energy, and expense we have invested in understanding this all-too-common disease, we still have a long way to go.  Perhaps more troubling, the phrase also suggests an air of resignation or abandonment:  “We’ve tried everything, but you’re resistant to treatment, and there’s not much more we can do for you.”

But “everything” is a loaded term, and “treatment” takes many forms.  The term “treatment-resistant depression” first appeared in the literature in 1974 and has been used widely in the literature.  (Incidentally, despite appearing over 20 times in the APA’s 2010 revised treatment guidelines for major depression, it is never actually defined.)  The phrase is often used to describe patients who have failed to respond to a certain number of antidepressant trials (typically two, each from a different class), each of a reasonable (6-12 week) duration, although many other definitions have emerged over the years.

Failure to respond to “adequate” trials of appropriate antidepressant medications does indeed suggest that a patient is resistant to those treatments, and the clinician should think of other ways to approach that patient’s condition.  In today’s psychiatric practice, however, “treatment-resistant” is often a code word for simply adding another medication (like an atypical antipsychotic) or to consider somatic treatment options (such as electroconvulsive therapy, ECT, or transcranial magnetic stimulation, TMS). 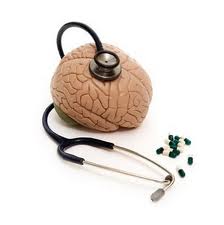 Seen this way, it’s a fairly narrow view of “treatment.”  The psychiatric literature—not to mention years and years of anecdotal data—suggests that a broad range of interventions can be helpful in the management of depression, such as exercise, dietary supplements, mindfulness meditation, acupuncture, light therapy, and literally dozens of different psychotherapeutic approaches.  Call me obsessive, or pedantic, but to label someone’s depression as “treatment resistant” without an adequate trial of all of these approaches, seems premature at best, and fatalistic at worst.

What if we referred to someone’s weight problem as “diet-resistant obesity”?  Sure, there are myriad “diets” out there, and some obese individuals have tried several and simply don’t lose weight.  But perhaps these patients simply haven’t found the right one for their psychological/endocrine makeup and motivational level; there are also some genetic and biochemical causes of obesity that prevent weight loss regardless of diet.  If we label someone as “diet-resistant” it means that we may overlook some diets that would work, or ignore other ways of managing this condition.

Back to depression.   I recognize there’s not much of an evidence base for many of the potentially hundreds of different “cures” for depression in the popular and scientific literature.  And it would take far too much time to try them all.  Experienced clinicians will have seen plenty of examples of good antidepressant response to lithium, thyroid hormone, antipsychotics (such as Abilify), and somatic interventions like ECT.  But they have also seen failures with the exact same agents. 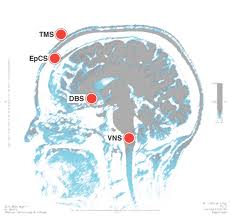 Unfortunately, our “decision tree” for assigning patients to different treatments is more like a dartboard than an evidence-based flowchart.  “Well, you’ve failed an SSRI and an SNRI, so let’s try an atypical,” goes the typical dialogue (not to mention the typical TV commercial or magazine ad), when we really should be trying to understand our patients at a deeper level in order to determine the ideal therapy for them.

Nevertheless, the “step therapy” requirements of insurance companies, as well as the large multicenter NIH-sponsored trials (like the STAR*D trial) which primarily focus on medications (yes, I am aware that STAR*D had a cognitive therapy component, although this has received little attention and was not widely chosen by study participants), continue to bias the clinician and patient in the direction of looking for the next pill or the next biological intervention, instead of thinking about patients as individuals with biological, genetic, psychological, and social determinants of their conditions.

Because in the long run, nobody is “treatment resistant,” they’re just resistant to what we’re currently offering them.