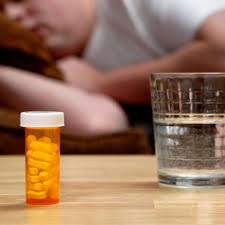 One year ago today, the pharmaceutical company Somaxon introduced Silenor, a new medication for the treatment of insomnia, and today I wish to say “thanks.”  Not because I think Silenor represented a bold new entry into the insomnia marketplace, but because Somaxon’s R&D and marketing departments have successfully re-introduced doctors to a cheap, old medication for a very common clinical complaint.

You see, Silenor is a branded version of a generic drug, doxepin, which has been around since the 1970s.  Doxepin is classified as a tricyclic antidepressant, even though it’s not used much for depression anymore because of its side effects, mainly sedation.  Of course, in psychiatry we sometimes exploit the side effects of certain drugs to treat entirely different conditions, so it’s not surprising that doxepin—which has been generic (i.e., cheap) for the last few decades—has been used occasionally for the treatment of insomnia.  However, this is an “off-label” use, and while that doesn’t prevent doctors from prescribing it, it may make us less likely to consider its use.

Somaxon spent several years, and millions of dollars, developing Silenor, a low-dose formulation of doxepin.  Stephen Stahl (paid by Somaxon) even publicized low-dose doxepin in his CNS Spectrums column.  Generic doxepin is currently available in comparatively high doses (10, 25, 50, 75, 100, and 150 mg), but Somaxon found that lower doses (6 and 3 mg, even 1 mg) can be used to treat insomnia.  Silenor is sold at 3 and 6 mg per tablet. 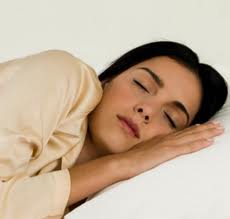 The obvious question here (to both expert and layman alike) is, what’s so special about the 3 or 6 mg dose?  Why can’t I just take a generic 10 mg pill and cut it in half (or thereabouts), for a homemade 5-mg dose?  Well, for one thing, the 10 mg dose is a capsule, so it can’t be split.  (There is a generic 10 mg/ml doxepin solution available, which would allow for very accurate dosing, but I’ll ignore that for now.)

Okay, so there’s the practical issue: pill vs. capsule.  But is 6 mg any better than 10 mg?  For any drug, there’s always variability in how people will respond.  The relative difference between 6 and 10 is large, but when you consider that people have been taking doses of up to 300 mg/day (the maximum approved dose for depression) for decades, it becomes relatively meaningless.  So what gives?

It’s natural to ask these questions.  Maybe Somaxon was hoping that doctors and patients simply assume that they’ve done all the necessary studies to prove that, no, doxepin is an entirely different drug at lower doses, and far more effective for sleep at 3 or 6 mg than at any other dose, even 10 mg.  Indeed, a few papers have been published (by authors affiliated with Somaxon) showing that 3 and 6 mg are both effective doses.  But they still don’t answer:  how are those different from higher doses?

I contacted the Medical Affairs department at Somaxon and asked this very question.  How is 3 or 6 mg different from 10 mg or higher?  The woman on the other end of the line, who (one would think) must have heard this question before, politely responded, “Doxepin’s not approved for insomnia at doses of 10 mg or higher, and the 3 and 6 mg doses are available in tablet form, not capsule.”

I knew that already; it’s on their web site.  I would like to think that no psychiatrist asking my question would settle for this answer.  So I asked if she had some additional information.  She sent me a six-page document entitled “Is the 10 mg Doxepin Capsule a Suitable Substitute for the Silenor® 6 mg tablet?”  (If you’re interested in reading it, please email me.)

After reading the document, my response to this question is, “well, yes, it probably is.”  The document explains that doxepin hasn’t been studied as an insomnia agent at higher doses (in other words, nobody has tried to get FDA approval for doxepin in insomnia), and the contents of the tablet are absorbed at a different rate than the capsule.

But what really caught my eye was the following figure, which traces plasma concentration of doxepin over a 12-hour period.  The lower curve is for 6 mg of Silenor.  The higher curve is for “estimated” 10 mg doxepin. 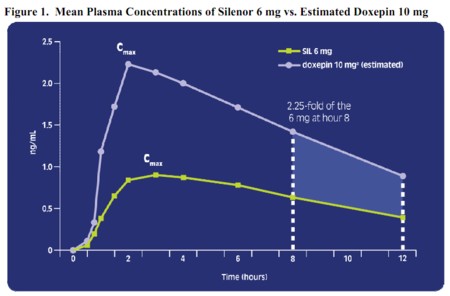 Huh?  “Estimated”?  Yes, that’s right, the upper curve was actually obtained by giving people 50 mg doxepin capsules and then “estimating” the plasma concentrations that would result if the person had actually been given 10 mg capsules.  (I know, I had to read it twice myself.)  I don’t know how they did the estimation.  Did they divide the plasma concentration by 5?  Use some other equation involving fancy things like logarithms or integrals?  I don’t know, and they don’t say.  Which only begs the question: why didn’t they just use 10 mg capsules for this study???

That seems a little fishy.  At any rate, their take-home message is the fact that with the lower dose, there’s less doxepin left over in the bloodstream after 8 hours, so there’s less of a “hangover” effect the next morning.  But this just raises even more questions for me.  If this is the case, then what about all those people who took 75-150 mg each day for depression?  Wouldn’t that result in a constant “hangover” effect?  I didn’t practice in the 1970s and 1980s, but I’m guessing that depressed people on doxepin weren’t in bed 24 hours a day, 7 days a week.  (I know, the serotonergic and noradrenergic effects “kick in” at higher doses, but the histamine and alpha-1 adrenergic receptors are already saturated.)  A related question is, what plasma concentration of doxepin is required to induce sleep anyway?  What plasma concentration accounts for a “hangover” effect?  0.5?  1.0?  2.0?  Does anyone know? 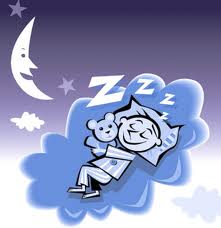 The Somaxon document states that “clinical trials demonstrated only a modest increase in mean sleep maintenance efficacy when the dose is increased from 3 mg to 6 mg.”  But according to the graph above, the 3 mg curve would be expected to look quite different, as it’s a 50% reduction in dose.  (And I can’t even begin to think what the 1 mg curve would look like, but that apparently works, too.)

We all know (or should know) that tables, charts, and graphs can be used to convey just about any message.  It’s important to look at which data are presented, but also which data are not presented, in order to draw any conclusions.  We must also ask what the data actually mean (i.e., the importance of a plasma concentration—what does it actually mean for a clinical effect?).  In the end, Somaxon’s “explanation” seems like a pretty flimsy explanation for using a very expensive name-brand drug.

That said, I do have to say “thank you” to Somaxon for reminding me of yet another medication that I can use to help treat insomnia.  Not Silenor, but low-dose generic doxepin (10 mg).  It’s a shame they had to spend the millions of dollars on R&D, clinical trials, and marketing, to convince me to prescribe the generic version of their drug, which costs only pennies a pill, but then again, you pays your money, you takes your chances.

(Postscript:  Speaking of money, Somaxon stock closed at $2.70/share today, down from a high of $10.01 on the day Silenor was approved, a loss of $258 million of market capitalization.  Imagine all the soft pillows, soothing music CDs, and OTC sleep aids that money could have bought…)

This entry was posted on Friday, March 18th, 2011 at 10:25 pm and is filed under insomnia, marketing, medications, psychopharmacology. You can follow any responses to this entry through the RSS 2.0 feed. You can leave a response, or trackback from your own site.

42 Responses to Thank You, Somaxon Pharmaceuticals!