Here’s A Disease. Do You Have It? 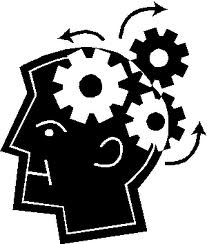 I serve as a consultant to a student organization at a nearby university.  These enterprising students produce patient-education materials (brochures, posters, handouts, etc) for several chronic diseases, and their mission—a noble one—is to distribute these materials to free clinics in underserved communities, with a goal to raise awareness of these conditions and educate patients on their proper management.

Because I work part-time in a community mental health clinic, I was, naturally, quite receptive to their offer to distribute some of their handiwork to my patients.  The group sent me several professional-looking flyers and brochures describing the key features of anxiety disorders, depression, PTSD, schizophrenia, and insomnia, and suggested that I distribute these materials to patients in my waiting room.

They do an excellent job at demystifying (and destigmatizing) mental illness, and describe, in layman’s terms, symptoms that may be suggestive of a significant psychiatric disorder (quoting from one, for example: “Certain neurotransmitters are out of balance when people are depressed.  They often feel sad, hopeless, helpless, lack energy, … If you think you may be depressed, talk to a doctor.”)  But just as I was about to print a stack of brochures and place them at the front door, I thought to myself, what exactly is our goal?

Experiencing symptoms of anxiety, depression, or insomnia doesn’t necessarily indicate mental illness or a need for medications or therapy; they might reflect a stressful period in one’s life or a difficult transition for which one might simply need some support or encouragement.  I feared that the questions posed in these materials may lead people to believe that there might be something “wrong” with them, when they are actually quite healthy.  (The target audience needs to be considered, too, but I’ll write more about that later.)

It led me to the question: when does “raising awareness” become “disease mongering”?

“Disease-mongering,” if you haven’t heard of it, is the (pejorative) term used to describe efforts to lead people to believe they have a disease when they most likely do not, or when the “disease” in question is so poorly defined as to be questionable in and of itself.  Accusations of disease-mongering have made in the area of bipolar disorder, fibromyalgia, restless legs syndrome, female sexual arousal disorder, “low testosterone,” and many others, and have mainly been directed toward pharmaceutical companies with a vested interest in getting people on their drugs.  (See this special issue of PLoS One for several articles on this topic.) 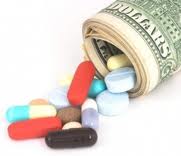 Psychiatric disorders are ripe for disease-mongering because they are essentially defined by subjective symptoms, rather than objective signs and tests.  In other words, if I simply recite the symptoms of depression to my doctor, he’ll probably prescribe me an antidepressant; but if I tell him I have an infection, he’ll check my temperature, my WBC count, maybe palpate some lymph nodes, and if all seems normal he probably won’t write me a script for an antibiotic.

It’s true that some patients might deliberately falsify or exaggerate symptoms in order to obtain a particular medication or diagnosis.  What’s far more likely, though, is that they are (unconsciously) led to believe they have some illness, simply on the basis of experiencing some symptoms that are, more or less, a slight deviation from “normal.”  This is problematic for a number of reasons.  Obviously, an improper diagnosis leads to the prescription of unnecessary medications (and to their undesirable side effects), driving up the cost of health care.  It may also harm the patient in other ways; it may prevent the patient from getting health insurance or a job, or—even more insidiously—lead them to believe they have less control over their thoughts or behaviors than they actually do.

When we educate the public about mental illness, and encourage people to seek help if they think they need it, we walk a fine line.  Some people who may truly benefit from professional help will ignore the message, saying they “feel fine,” while others with very minor symptoms which are simply part of everyday life may be drawn in.  (Here is another example, a flyer for childhood bipolar disorder, produced by the NIH; how many parents & kids might be “caught”?)  Mental health providers should never turn away someone who presents for an evaluation or assessment, but we also have an obligation to provide a fair and unbiased opinion of whether a person needs treatment or not.  After all, isn’t that our responsibility as professionals?  To provide our honest input as to whether someone is healthy or unhealthy?

I almost used the words “normal” and “abnormal” in the last sentence.  I try not to use these words (what’s “normal” anyway?), but keeping them in mind helps us to see things from the patient’s perspective.  When she hears constant messages touting “If you have symptom X then you might have disorder Y—talk to your doctor!” she goes to the doctor seeking guidance, not necessarily a diagnosis.

The democratization of medical and scientific knowledge is, in my opinion, a good thing.  Information about what we know (and what we don’t know) about mental illness should indeed be shared with the public.   But it should not be undertaken with the goal of prescribing more of a certain medication, bringing more patients into one’s practice, or doling out more diagnoses.  Prospective patients often can’t tell what the motives are behind the messages they see—magazine ads, internet sites, and waiting-room brochures may be produced by just about anyone —and this is where the responsibility and ethics of the professional are of utmost importance.

Because if the patient can’t trust us to tell them they’re okay, then are we really protecting and ensuring the public good?

(Thanks to altmentalities for the childhood bipolar flyer.)

This entry was posted on Tuesday, March 29th, 2011 at 5:25 pm and is filed under diagnostics, mental health. You can follow any responses to this entry through the RSS 2.0 feed. You can leave a response, or trackback from your own site.

13 Responses to Here’s A Disease. Do You Have It?