The Power Of No 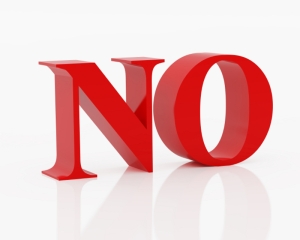 Why is it that when someone tells us we can’t have something, we just want it more?  Marketers (those masters of neuropsychology) use this to their great advantage.  “Call now!  Offer expires in ten minutes!”  “Only one more available at this price!”  “Limited edition—Act now!”  Talk about incentive salience!!!

This phenomenon is known as the Scarcity Effect—a psychological principle saying that individuals don’t want to be left alone without an item—particularly something they believe they cannot have.  We’ve all experienced this in our personal lives.  Tight budgets often invite wasteful expenditures.  Obsession over “forbidden foods” has ruined many a diet.  Saying “no” to a child is frequently a trigger for constant begs and pleas.

Given the apparent universality of this concept, it’s surprising that we fall victim to it in medicine as often as we do, particularly at times when we want to motivate behavior change.  Saying “no” to a patient usually doesn’t work—it’s human nature.  In fact, if anything, the outcome is usually the opposite.  Reciting the dangers of cigarette smoking or obesity, for example, or admonishing a patient for these behaviors, rarely eliminates them.  The patient instead experiences shame or guilt that, paradoxically, strengthens his resistance to change.

But if we understand the Scarcity Effect, we doctors can outsmart it and use it to our advantage.  This can be important when we prescribe medications which are likely to be misused or abused, like sleep medications or benzodiazepines (Valium, Xanax, and others).  These drugs are remarkably effective for management of insomnia and anxiety, but their overuse has led to great morbidity, mortality, and increased health costs.  Similarly, narcotic pain medications are also effective but may be used excessively, with unfortunate results.  We discourage excessive use of these drugs because of side effects, the development of physical dependence, and something I call “psychological dependence”: the self-defeating belief I see in many patients that taking a pill is absolutely necessary to do what the patient should be able to do by him- or herself.

If I give a patient a prescription and say something like “Here’s a script for 15 pills, but I’m not giving you a refill until next month,” I’m almost inviting failure.  Just as expected by the Scarcity Effect, the patient’s first thought is usually “but what if I need 16?” 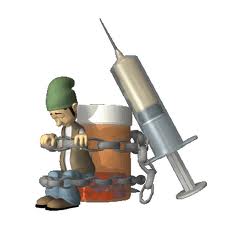 (I’ve worked extensively in addiction medicine, and the same principle is at work here, too.  When an alcoholic in early recovery is told that he can never have a drink again, he immediately starts to crave one.  Now I know that most alcoholics in early recovery are not in the position to say “no” to a drink, but this is the ultimate goal.  Their ability and willingness to say “no” is far more effective for long-term sobriety than someone else saying “no” for them.)

So why exactly does inaccessibility lead to craving?  Because even when it’s clear that we cannot have something, our repeated efforts to get it sometimes pay off.  And here’s where another psychological principle—that of intermittent reinforcement—comes in to play.  People who play the lottery are victims of this.  They know (most of them!!) that the odds of their winning are vanishingly low.  Most people never win, and those who play regularly are almost always losers.  However, every once in a while they’ll get lucky and win a $5 scratcher (and see the news stories about the $80 million jackpot winner just like them!) and this is incredibly reinforcing.

Similarly, if a doctor tells a patient that she should use only 10 Ambien tablets in 30 days– and that no refills will be allowed– but she calls the doctor on day #12 and asks for a refill anyway, getting the refill is incredibly reinforcing.  In the drug and alcohol treatment center where I used to work, if someone’s withdrawal symptoms did not require an additional Valium according to a very clear detox protocol, he might beg to a nurse or staff member, and occasionally get one—precisely what we do not want to do to an addict trying to get clean.

The danger is not so much in the reinforcement per se, but in the fact that the patient is led to believe (for very therapeutic reasons) that there will be no reinforcement, and yet he or she receives it anyway.  This, in my view, potentially thwarts the whole therapeutic alliance.  It permits the patient’s unhealthy behaviors to prevail over the strict limits that were originally set, despite great efforts (by patient and doctor alike) to adhere to these limits.  As a result, the unhealthy behaviors override conscious, healthy decisions that the patient is often perfectly capable of making.

One solution is, paradoxically, to give more control back to the patient.  For example, prescribing 30 Ambien per month but encouraging the patient to use only 10.  If she uses 12 or 15, no big deal—but it’s fodder for discussion at the next visit.  Similarly, instead of making a statement that “no narcotic refills will be given,” we can give some rough guidelines in the beginning but let the patient know that requests will be evaluated if and when they occur.  Recovering addicts, too, need to know that relapses and craving are not only common, but expected, and instead of seeing them as failures of treatment (the big “no”), they are a natural part of recovery and worthy of discussion and understanding.

In medicine, as in all sciences dealing with human behavior, ambivalence is common.  Preserving and respecting the patient’s ability to make decisions, even those which might be unhealthy, may seem like giving in to weakness.  I disagree.  Instead, it teaches patients to make more thoughtful choices for themselves (both good and bad)—exactly what we want to encourage for optimal health.

This entry was posted on Sunday, April 3rd, 2011 at 4:51 pm and is filed under addiction, medications, mental health. You can follow any responses to this entry through the RSS 2.0 feed. You can leave a response, or trackback from your own site.

10 Responses to The Power Of No