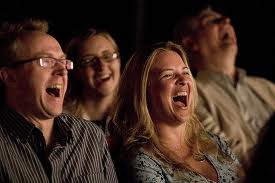 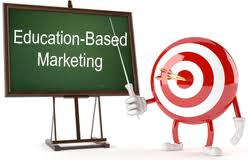 Is Weiner Really Such A Bad Guy? 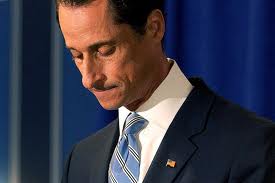 I don’t use this blog as a platform for political opinions or broad social commentary, but the Anthony Weiner “sexting” fiasco has raised some issues in my mind.  And I guess, in a roundabout way, it actually does pertain to psychiatry and medicine, so I figured I’d share these thoughts.

Unless you’ve been exiled to the Gulag for the last month, you probably know that Weiner, a Democratic New York congressman, was forced to resign from his post after the outcry over lewd photographs he sent to women from his Twitter account.  He left his office in disgrace and is apparently entering rehab.  (Maybe I’ll write about the wisdom of that move in a different post.)

The thing is, Weiner was a generally well-liked Congressman and was reportedly a leading candidate to run for mayor of New York in 2013.    He had many supporters and, until the “Weinergate” scandal broke, was seen as a very capable politican.  One might argue, in fact, that his sexual exploits had no effect on his ability to legislate, despite the vociferous (and at times rabid) barbs levied upon him by pundits and critics after the scandal became public.

Now, don’t get me wrong.  I am not condoning his behavior.  I am not saying that we should ignore it because “he’s otherwise a good guy.”  In no way should we turn a blind eye to something that shows such poor taste, a profound lack of judgment, and a disregard for his relationship with his wife.

But does it require the sudden unraveling of an entire political career?  Weiner has done some bad things.  But do they make him a bad congressman?

Some of the same questions arose during the recent flurry of stories about doctors who speak for drug companies.  As ProPublica has written in its “Dollars for Docs” series, some doctors have earned tens of thousands of dollars speaking on behalf of companies when they are also expected to be fair and unbiased in their assessment of patients, or in their analysis and presentation of data from clinical trials.

This is, in my opinion, a clear conflict of interest.  However, some of the articles went one step further and pointed out that many of those doctors have been disciplined by their respective Medical Boards, or have had other blemishes on their record.  Are these conflicts of interest?  No.  To me, it seems more like muckraking.  It’s further ammunition with which critics can attack Big Pharma and the “bad” doctors who carry out its dirty work.

Now I don’t mean to say that every sin or transgression should be ignored.  If one of those doctors had been disciplined for excessive or inappropriate prescribing, or for prescription fraud, or for questionable business practices, then I can see why it might be an issue worthy of concern.  But to paint all these doctors with a broad stroke and malign them even further because of past disciplinary action (and not simply on the basis of the rather obvious financial conflicts of interest), seems unfair.

The bottom line is, sometimes good people do bad things.  And unfortunately, even when those “bad things” are unrelated to the business at hand, we sometimes ruin lives and careers in our attempts to exact justice.  Whatever happened to rehabilitation and recovery?  A second chance?  Can we evaluate doctors (and politicians) by the quality of their work and their potential current conflicts, rather than something they did ten or twenty years ago?

(By the way, there are some bad—i.e., uninformed, irresponsible—doctors out there who have no disciplinary actions and no relationships with pharmaceutical companies.  Where are the journalists and patient-advocacy groups looking into their malfeasance?) 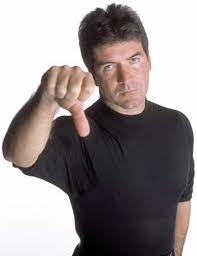 In our society, we are quick to judge—particularly those in positions of great power and responsibility.  And those judgments stick.  They become a lens through which we see a person, and those lenses rarely come off, regardless of how hard that person has worked to overcome those characterizations.  Ask any recovered alcoholic or drug addict.  Ask any ex-felon who has cleaned up his act.  Ask any “impaired professional.”  (In the interest of full disclosure, I am one of those professionals, whose “impairments” stemmed from a longstanding mental illness [now in remission] and affected none of my patients or colleagues, but which have introduced significant obstacles to my employability for the last five years.)  And ask any politician who has had to surrender an office due to a personal failing like Weiner’s.

Come to think of it, ask any patient who has been given a psychiatric diagnosis and whose words and actions will be interpreted by her friends, family,  doctors, or boss as part of her “borderline personality” or “bipolar” or “psychosis.”  It’s hard to live that down.

When evaluations matter, we should strive to judge people by the criteria that count, instead of the criteria that strengthen our biases, confirm our misconceptions, and polarize us further.  If we are able to do so, we may make it easier for people to recover and emerge even stronger after making mistakes or missteps in their lives.  We also might get along with each other just a little better.