How Abilify Works, And Why It Matters

One lament of many in the mental health profession (psychiatrists and pharmascolds alike) is that we really don’t know enough about how our drugs work.  Sure, we have hypothetical mechanisms, like serotonin reuptake inhibition or NMDA receptor antagonism, which we can observe in a cell culture dish or (sometimes) in a PET study, but how these mechanisms translate into therapeutic effect remains essentially unknown.

As a clinician, I have noticed certain medications being used more frequently over the past few years.  One of these is Abilify (aripiprazole).  I’ve used Abilify for its approved indications—psychosis, acute mania, maintenance treatment of bipolar disorder, and adjunctive treatment of depression.  It frequently (but not always) works.  But I’ve also seen Abilify prescribed for a panoply of off-label indications: “anxiety,” “obsessive-compulsive behavior,” “anger,” “irritability,” and so forth.  Can one medication really do so much?  And if so, what does this say about psychiatry?

From a patient’s perspective, the Abilify phenomenon might best be explained by what it does not do.  If you ask patients, they’ll say that—in general—they tolerate Abilify better than other atypical antipsychotics.  It’s not as sedating as Seroquel, it doesn’t cause the same degree of weight gain as Zyprexa, and the risk of contracting uncomfortable movement disorders or elevated prolactin is lower than that of Risperdal.  To be sure, many people do experience side effects of Abilify, but as far as I can tell, it’s an acceptable drug to most people who take it. 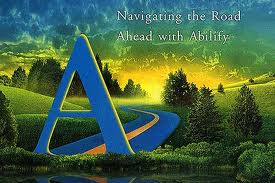 Abilify is a unique pharmacological animal.  Like other atypical antipsychotics, it binds to several different neurotransmitter receptors; this “signature” theoretically accounts for its therapeutic efficacy and side effect profile.  But unlike others in its class, it doesn’t block dopamine (specifically, dopamine D2) or serotonin (specifically, 5-HT1A) receptors.  Rather, it’s a partial agonist at those receptors.  It can activate those receptors, but not to the full biological effect.  In lay terms, then, it can both enhance dopamine and serotonin signaling where those transmitters are deficient, and inhibit signaling where they’re in excess.

Admittedly, that’s a crude oversimplification of Abilify’s effects, and an inadequate description of how a “partial agonist” works.  Nevertheless, it’s the convenient shorthand that most psychiatrists carry around in their heads:  with respect to dopamine and serotonin (the two neurotransmitters which, at least in the current vernacular, are responsible for a significant proportion of pathological behavior and psychiatric symptomatology), Abilify is not an all-or-none drug.  It’s not an on-off switch. It’s more of a “stabilizer,” or, in the words of Stephen Stahl, a “Goldilocks drug.”

Thus, Abilify can be seen, at the same time, as both an antipsychotic, and not an antipsychotic.  It’s both an antidepressant, and not an antidepressant.  And when you have a drug that is (a) generally well tolerated, (b) seems to work by “stabilizing” two neurotransmitter systems, and (c) resists conventional classification in this way, it opens the floodgates for all sorts of potential uses in psychiatry.

Remember, these are the existing clinical trials of Abilify.  Each one has earned IRB approval and funding support.  In other words, they’re not simply the fantasies of a few rogue psychiatrists; they’re supported by at least some preliminary evidence, or at least a very plausible hypothesis.  The conclusion one might draw from this is that Abilify is truly a wonder drug, showing promise in nearly all of the conditions we treat as psychiatrists.  We’ll have to wait for the clinical trial results, but what we can say at this point is that a drug which works as a “stabilizer” of two very important neurotransmitter systems can be postulated to work in virtually any way a psychopharmalogist might want.

But even if these trials are negative, my prediction is that this won’t stop doctors from prescribing Abilify for each of the above conditions.  Why?  Because the mechanism of Abilify allows for such elegant explanations of pathology (“we need to tune down the dopamine signal to get rid of those flashbacks” or “the serotonin 1A effect might help with your anxiety” – yes, I’ve heard both of these in the last week), that it would be anathema, at least to current psychiatric practice, not to use it in this regard.

This fact alone should lead us to ask what this says about psychiatry as a whole.  The fact that one drug is prescribed so widely—owing to its relatively nonspecific effects and a good deal of creative psychopharmacology on the part of doctors like me—and is so broadly accepted by patients, should call into question our hypotheses about the pathophysiology of mental illness, and how psychiatric disorders are distinguished from one another.  It should challenge our theories of neurotransmitters and receptors and how their interactions underlie specific symptoms.  And it should give us reason to question whether the “stories” we tell ourselves and our patients carry more weight than the medications we prescribe.